Charles Lindbergh was very tired when he crossed the Atlantic.

Crew fatigue management is an important factor in safe operations.

Recently, I drove my car out of the garage of my company’s flight operations building after an eight day trip that brought me to Germany, Kasachstan and Japan. While it was fun to drive home, I had the sure feeling that something was missing. It had to do with my head and should be located to the rear of me, maybe at the left window. I turned my head, searching, and then I realized that I was looking for my headset. After so many hours and days of flying I was still in the cockpit, and my body wanted to drive my car like an airplane, with a headset on. I must have been very tired. 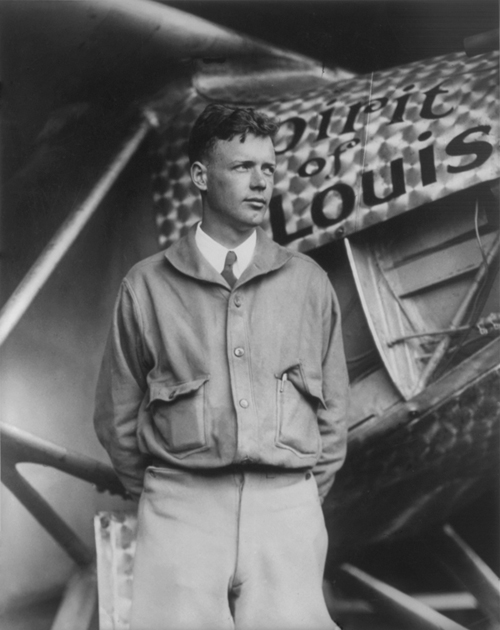 Pilot fatigue is almost as old as aviation, and as the performance of our beautiful flying machines allowed longer and longer flights, the human body had a hard time to keep up. Charles Lindberg wrote about his 1927 solo nonstop transatlantic flight to Paris:

"My mind clicks on and off. I try letting one eyelid close at a time while I prop the other with my will. But the effect is too much, sleep is winning, my whole body argues dully that nothing, nothing life can attain is quite so desirable as sleep. My mind is losing resolution and control."

While the performance of Lindbergh’s “Spirit of St. Louis” left the famous aviator no choice but to operate alone across the ocean, commercial factors such as long duty days, crew rotations or the avoidance of layover and hotel costs may also contribute to pilot fatigue.

Of course there are duty time rules, and operators and crews ususally know them and abide by them. But in today’s economic environment there is a constant pressure on cost, and just like other safety related matters crew fatigue management comes with a cost and is increasingly hard to justify. Operators look for ways to twist the rules or to even change them. But even good intent can backfire, such as Jet Blue’s recent experiments with extended duty days. Volunteer line pilots wore devices designed by Alertness Solutions in Cupertino, CA that measured their fitness and alertness. The tests targeted the inflexible domestic 8 hour rule and had only been approved by local FAA officials. When the tests on regular line flights were reported by the Wall Street Journal, however, the public outcry quickly forced FAA headquarters to stop them.

Congress has looked into pilot fatigue since the early eighties. In a 1999 hearing before the Aviation Subcommittee of the US House of Representatives NASA officials reported on the results of the Fatigue Countermeasures Program conducted by NASA Ames research center and funded by congress. The Program was created to collect systematic, scientific information on fatigue, sleep, performance in flight operations, and circadian rhythms—the biological "timeclock" that regulates the body’s daily sleep-wake patterns. Scientists found that “pilot fatigue is a significant safety issue in aviation. Rather than simply being a mental state that can be willed away or overcome through motivation or discipline, fatigue is rooted in physiological mechanisms related to sleep, sleep loss, and circadian rhythms.”

The first time fatigue was identified as a probable cause in an aviation accident by the NTSB was in the 1993 crash of a U.S. DC-8 freighter in Guantanamo Bay, Cuba. NASA researchers worked with NTSB investigators and found that all three crewmembers had a severe cumulative sleep loss, many continous hours of wakefulness and their bodies struggled with the circardian time of the day, e.g. their hormone and body chemistry levels. And they never got to fly the next sector that company ops had still planned for them.

It is safe to say that today’s rules on crew rest, and it does not matter which FAR - part you operate under, do not reflect the state of the art in fatigue and sleep research. The circadian rhythm of the body is part of our biology, night flights or transmeridien flights lead to a circadian desynchronization, reduced performance and reaction times follow. Crew dutytime rules generally do not mention the bodyclock. But they set the standard that pilots are expected to follow, and crews believe that they should be able to be well rested during a legal duty day/rest period sequence. And if they feel tired, they blame their own lack of self-discipline, and probably do not communicate their tiredness to their fellow crewmembers. But others can not feel your fatigue, unless you nodded off already.

Many of us may have experienced warning signs of fatigue. When you are tired, the eyes go in and out of focus, there is a persistant urge to yawn, routine flightdeck procedures are missed or performed wrongly, and our control accuracy degrades. And there is an unbearable desire to just sleep.

While a nice nap seems to be the logical solution to sleepiness, this is not really legal in the US while performing duties as a flight crew member, even though NASA recommends it (NASA nap). The NASA Fatigue Countermeasures Program submitted a draft advisory circular to the FAA in January 1993 on "Controlled Rest on the Flight Deck."

Some foreign operators take advantage of NASA’s research and permit naps in the cruise portion of the flight. Short or “power” naps of 10-30 minutes can help restore alertness for 3-4 hours. However, it is important to remember that it takes a crewmember almost 15-20 minutes after awakening to become fully alert and functional before assuming aircrew duties.

The NASA study was conducted in aircraft with three flightdeck crewmembers. However, on a two-crew flightdeck, and most airplanes are operated by two pilots these days, this napping policy makes the somewhat risky assumption that nothing critical will happen during the napping period of one crewmember, and that the remaining single crewmember will be able to handle it if called for.

To me, inflight napping sounds more like an emergency procedure or at least the lesser of two evils, the other evil being an unscheduled stop at an unfamiliar airport and the ensuing search for crew (and probably passenger) sleeping quarters.

While I can follow the argument that it is better to have a pilot nap in cruise flight then during the approach and landing phases of flight, it still seems to me that there are a lot of things that can be done to prevent fatigue before crews get to the last resort of inflight napping.

Let’s start with the things we can do ourselves. While it has long been accepted as a part of pilot’s lifestyles that some have long commutes before they report for duty, a transcontinental trip on jumpseats, even if all works well, surely takes it’s toll on your alertness. If you live far away from homebase, commute with plenty of time to spare, and make sure you get a good rest in a hotel room or your own apartment at home base. No operator will understand your tiredness, if you added a long commute to the first duty day.

A healthy diet and regular exercise do not only help you to upkeep your medical certificate, they also increase your tolerance for stress and fatigue. Especially endurance exercises such as running, biking and swimming 30-45 minutes 3-4 times a week are recommended by doctors.

The company can help in the fight against crew fatigue in three areas: scheduling, hotel selection and onboard crewrest facilities for augmented crews in longhaul operations.

While it is very easy for the crew scheduler to move around crews on his software screen with the click of a mouse, crews have to be able to adapt to the new schedule. Policies and software tools are needed to adjust the theoretical possibilities of crew scheduling to the human needs of crews. Circadian rhythm as well as transmeridian time zone changes need to be considered.

While government rules increase required crew rest periods for international flights if several time zones are crossed, they do not factor in the bodyclocks of crewmembers. At least two local nights are needed to make up the sleep debt and desynchronization of the circadian rhythm resulting from a longhaul flight.

Some companies have tried to find better crew scheduling algorithms. My company requires at least 144 (!) hours between a westbound and an eastbound longhaul flight. But it is not hard to imagine that the increased scheduling complexity and thus cost that rules such as this one bring with them, also cause improved fatigue management rules to be under constant attack by financial departments.

But some rules even make financial sense, such as enlarged crews. Government and contract rules require augmented crews on very long flights, and the money saved in technical stops and aircraft utilization easily pays for the extra pilots. However, the extra crew has to be able to sleep onboard. The best is a separate room with a bed and bedsheets. On many aircraft, this is obviously not possible due to size constraints, but I do wish to mention the crewrest on the Boeing 747-400 freighter, in my opinion the best crewrest around. Behind a soundproof door in the upper deck, there are two single rooms with beds (not bunks!), a small closet and even a window to gaze at the stars. Some airlines even provide linens and bedsheets.

Enlarged crew or not, after landing a decent hotel is required. It always amazes me how many crews actually try to rest in hotels right at the airport. While these are neither cheap nor quiet, they definitely do not provide a quiet refuge from work pressures where a crewmember can actually recuperate. An eight to ten hour crewrest in a noisy airport hotel might satisfy the legal requirments for crew rest period, but it definitely does not allow for a rested crew. Invest in the search for optimum crew hotels, and create a checklist of criteria for acceptable crew accomodation.

If you have a hard time falling asleep “on command”, do not waste time with TV shows or the internet. Learn some relaxation techniques, and maybe invest in some comfortable earplugs and a sleeping mask to keep it dark.

Sleep actually consists of different phases, starting with the REM (Rapid Eye Movement) phase where the mind is dreaming to phases where mind and body slow down. An interruption of a sleep cycle severely limits it’s effectiveness. Turn your cellphone off or to silent, make sure the housemaid or operations does not disturb you. In my company we have a policy that operations will not call during crewrest, they will only send a fax to be slipped under your door. It is then the crewmembers turn to call back once they completed their rest.

Sleep is a vital function of your body. Most people need about 8 hours of sleep a night, some more, some less. I have tried to keep a “sleep log” on international trips, where I wrote down the sleep I should have gotten and the sleep I acuatlly was able to get. The results are astonishing, we usually aquire a tremendous sleep debt when we are out on trips.

Fatigue can become chronic fatigue, if there is no chance of adequate rest over long periods of time. Due to todays tighter airline work patterns, many longhaul pilots set themselves up for chronic fatigue. Only a complete withdrawal from flight duty for some weeks can help these pilots to recover.

I recently had the opportunity to join a three week rehabilitation program specifically targeted at longhaul pilots. While this is a luxury not many operators can afford, it was amazing what great good three weeks with regular sleep, healthy meals and exercise can do for your body and spirits. A long forgotten feel for your body’s needs is regained, measureable health parameters improve significantly. The difficulty of course is to keep on the healthy lifestlye after you are back flying across the globe. 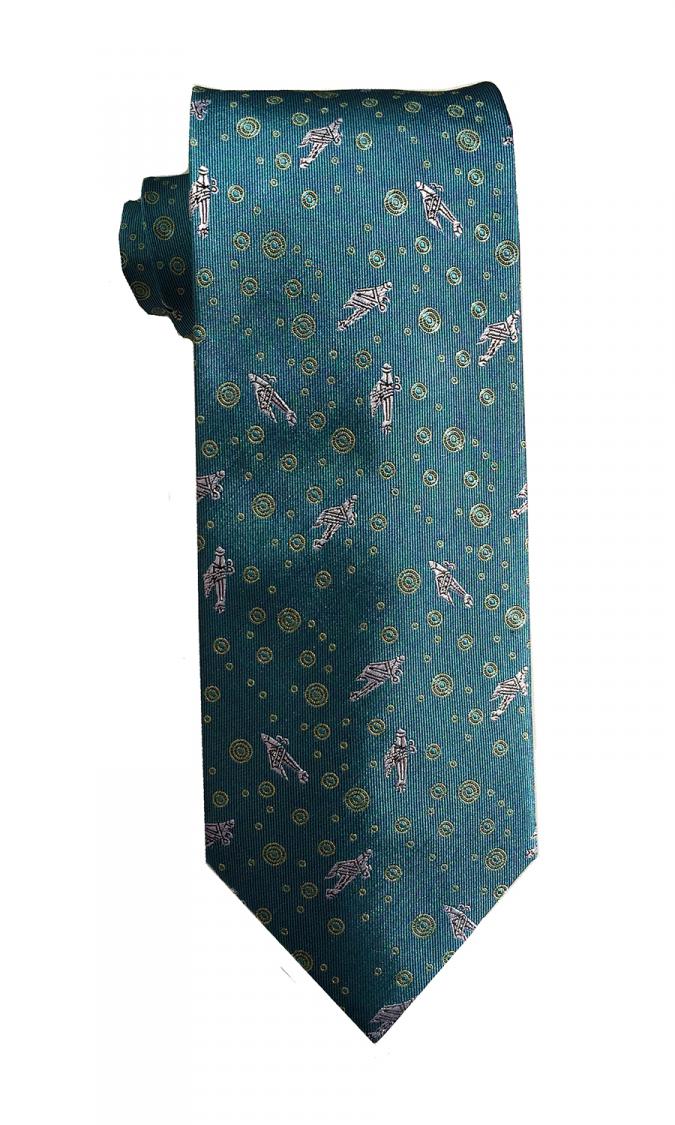